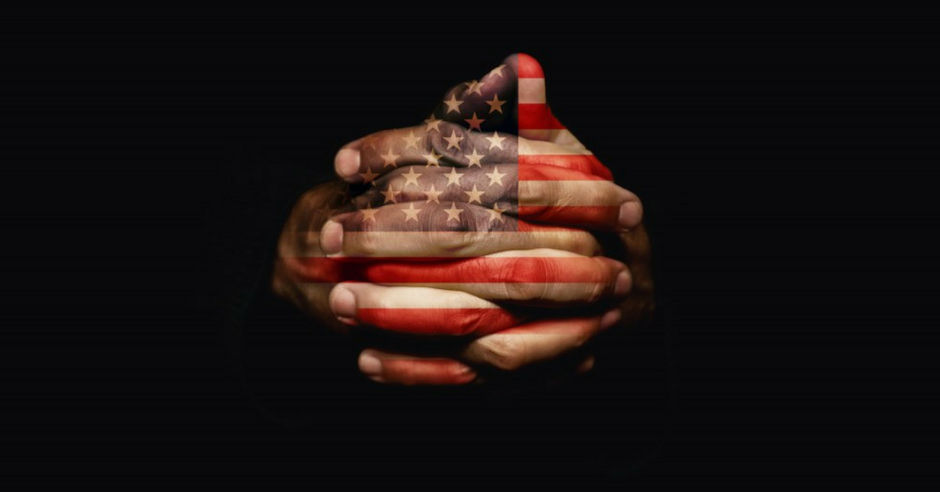 A Nation’s Call To Prayer

“If My people who are called by My name will humble themselves, and pray and seek My face, and turn from their wicked ways, then I will hear from heaven, and will forgive their sin and heal their land.”

This week in the United States, we recognize a National Day of Prayer.

Sixty-five years ago, on April 17, 1952, a bill was passed into law that each year the President would set aside an appropriate day each year, other than Sunday, as a National Day of Prayer.

Nearly twenty years ago, the first Thursday in May was designated as a National Day of Prayer “on which the people of the United States may turn to God in prayer at churches, in groups, and as individuals.”

Join me this Thursday, May 4, in interceding for our world’s leaders and on behalf of the multitudes of oppressed and displaced people around the globe.

As a nation—both here in the United States and as a holy nation of believers around the world—we can stand united in prayer.

Let’s not miss this opportunity to humble ourselves and seek the Lord for the grace, mercy, wisdom, and light this dark world so desperately needs.

I invite you to join me for a special presentation on the Kingdom this Thursday at 7pm EST on our 4 Points Broadcast.

Never underestimate the power of prayer to break regional strongholds, turn the tides of conflict, and open new doors for wise diplomacy and peaceful dialogue.

In fact, without prayer, none of these things are likely to happen at all.

This is why we are told to
“be strong in the Lord and in His great power.”

We are told that only by putting on “the full armor of God” can we ever hope to win against the forces of darkness at work in this world.

All of the world’s wisdom cannot hope to bring peace…but only the wisdom that is from above as James spoke of in the third chapter of his letter. (See James 3:15-17.)

We can intellectualize and debate, but as Paul told Titus, these types of pursuits don’t bear fruit—they are both frustrating and futile…

“Avoid foolish controversies…and arguments and quarrels…because these are unprofitable and useless.”
Titus 3:9 NIV

So if all of the wisdom of the wisest scholars and all of the most learned discussions and debates are useless, what is there left for us to do?

We are to simply humble ourselves before Almighty God and seek His face—“seek first God’s kingdom and what God wants” (Matt. 6:33 NCV)—and then we’ll have hope of living in peace.

“First, I tell you to pray for all people, asking God for what they need and being thankful to him. Pray for rulers and for all who have authority so that we can have quiet and peaceful lives full of worship and respect for God.”
1 Timothy 2:1-2 NCV

First and foremost we are called to pray.

It’s not complicated. It’s not difficult. Yet it is both our duty and our right. It is a privilege we must not take for granted.

I encourage you this week to get involved with this historic and cherished day of national prayer by visiting www.nationaldayofprayer.org.

“As citizens and residents of the United States and as believers in Christ Jesus, we not only have a spiritual responsibility, but a civic duty to heed our President’s call to stand in the gap for our nation.”
National Day of Prayer Task Force

Now is the time to rise up and take your stand by bowing down before your heavenly Father.

What are the injustices you see around you? What tugs at your heart or chastises your peace when you watch the news?

As the National Day of Prayer website asks: “Who but God’s people have the ability to enter into the very throne room of Heaven with prayers and petitions?”

“Scripture tells us again and again that our fervent prayer is effective. That our loving God responds to His children’s earnest pleas in mighty ways that avail much, and ultimately determine the course of history.”
National Day of Prayer Task Force

If you want to make history this week, be counted among those who boldly “stand in the gap” and pray.

Let’s turn the tide of world events by standing together in prayer throughout this week.

At this crucial time in history, we can do nothing more important than pray.