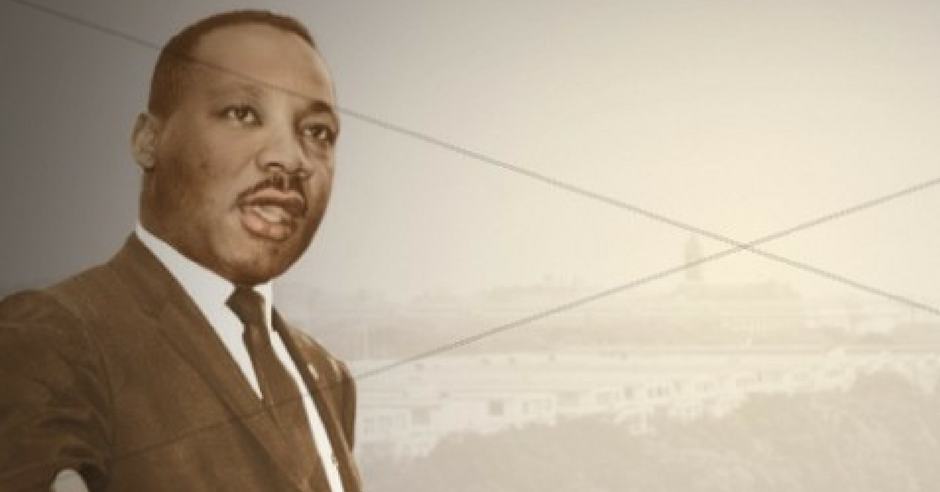 Dream for a Change

“Let what is fair roll down like waters. Let what is right and good flow forever like a river.”
Amos 5:24 NLV

This week in the United States, we commemorate one of our nation’s most influential history makers: Dr. Martin Luther King, Jr.

He dared to dream of a society governed by truth and justice—where righteousness flowed through the land like a river.

This is what the prophet Amos proclaimed God wanted more than anything else.

“Do you know what I want?
I want justice—oceans of it.
I want fairness—rivers of it.
That’s what I want. That’s all I want.”
Amos 5:24 MSG

Dr. King allowed God to dream through him.

He took the dream God seeded in his heart and boldly declared it on August 28, 1963, at the Lincoln Memorial in Washington DC.

He gave hope to millions during a dark time of conflict and confusion. His words are as relevant today as they were more than half a century ago:

“Let us not wallow in the valley of despair, I say to you today, my friends.

And so even though we face the difficulties of today and tomorrow, I still have a dream. It is a dream deeply rooted in the American dream.

I have a dream that one day this nation will rise up and live out the true meaning of its creed: ‘We hold these truths to be self-evident, that all men are created equal.'”

This country was founded on a dream. It is in the DNA of this nation to dream of a better, more just future for every person.

And it remains incumbent upon each American to continue that legacy by carrying those dreams forward.

We need leaders who know how to dream for a change.

I challenge you this week to reignite the dreams God once sparked in your heart. Begin now to set dream-inspired goals for the year ahead.

Wherever you are in the world, God is calling you to dream again.

And remember that whatever your circumstance, God is using it to fulfill His dream for you; whether a pit or cave or prison or wilderness or pigsty, He will use it to position you for greatness.

Join me this Thursday for the 4 Points Broadcast to learn more.

Now is the time we need ordinary people to rise up and lead extraordinary change.

Martin Luther King, Jr. was such an ordinary person. He was the middle child of middle-class parents who joined the school debate team, sang in the choir, and delivered newspapers.

He went on to college and then seminary, and completed his doctoral studies in 1955. Only nine years later, he won the Nobel Peace Prize. He was just 39 years of age when he was struck down by an assassin.

What set King, Lincoln, and Jefferson apart was their capacity to dream.

I want to help you increase your capacity to dream for the benefit of this and future generations.

In my new book History Maker, you will find the guidance, inspiration, and strategies you need to arise and take your place in creating transformational change.

To that end, I am making History Maker available to our subscribers for only $11.99!

Learn how to dream for a change!

Now is the time to press into heaven in order to tap into the dream God has for you. You can begin today positioning yourself to take your place in making history.

Because history belongs to the dreamers.