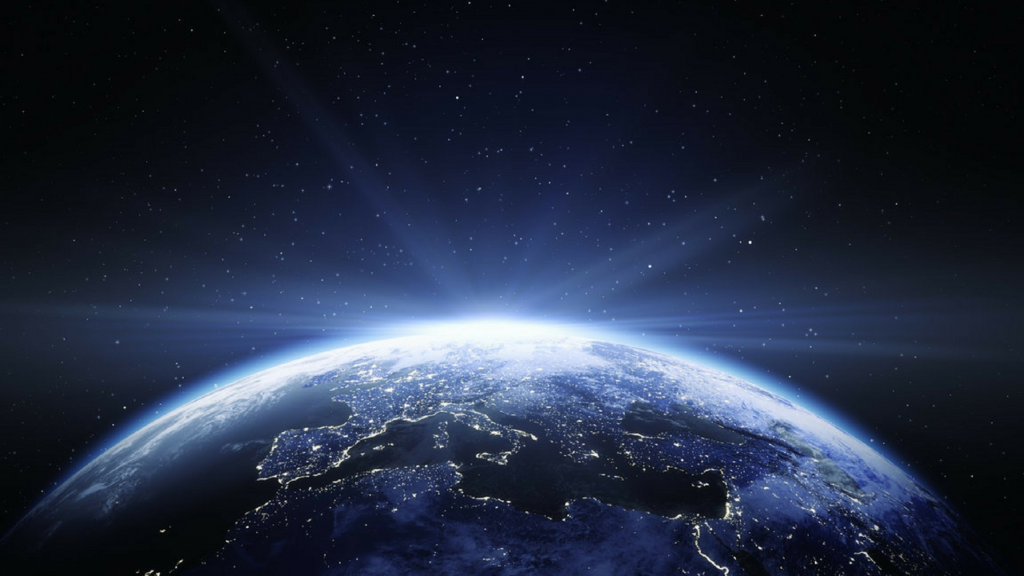 How We Inherit The Earth

“Blessed are the meek,
For they shall inherit the earth.”

Meekness has been increasingly undervalued in today’s world of pretense and hyperbole.

It seems the loud and proud are those who ultimately win the day.

But history tells a different story.

From Lincoln to Gandhi to Mandela to Mother Teresa to Jesus Christ, we know history is made by those who are willing to lay down their lives for the highest good.

As C.S. Lewis so aptly stated:

So how do we abide in that place of not thinking less of who we are, but continually thinking of ourselves less?

In last week’s 4 Points Broadcast, we talked about the transformative power of true meekness—and how it is the key to walking in the fullness of our inheritance as heirs of the earth.

When Jesus said, “The meek shall inherit the earth,” He made an irrevocable declaration.

“You will also declare a thing,
And it will be established for you;
So light will shine on your ways.”
Job 22:28 NKJV

The power to declare a thing resides within you. The key is understanding where that power comes from.

And that is the secret of walking in the history-shaping power of meekness.

To be meek is different from being humble.

Meekness is a state of being, while humility is an act of the will.

“If My people who are called by My name will humble themselves…”
2 Chronicles 7:14

You must “will” to humble yourself.

On the other hand, meekness naturally flows from one’s character—it is a character trait that defines a person’s state of being.

When a particular character trait is etched onto your personality and into your temperament it defines who you are.

The Bible says that not only should you use your will to be humble, but if you choose to walk in that place of humility long enough, it becomes a lifestyle—it becomes ingrained in your character.

The meek are those who recognize where all blessing comes from.

When God created human beings, He gave them control over the earth and left it for their inheritance. But that control was handed over to evil forces…until Christ re-instated our position.

To this day, He remains committed to raising us up individually to walk in that authority.

Jesus stated that those who are meek—who know from where their strength comes—are those who will control the earth.

The meek are those who recognize where their help comes from—where their greatness, their opportunities, their power, their success—and even where their very breath comes from.

These are the meek.

In Numbers 12:3 we read about “the man Moses, who was very meek, above all the men which were upon the face of the earth” (KJV). The word “man” here denotes a state of maturity.

Now Moses was a foster child adopted by the daughter of pharaoh. There was a period of his life when he did not identify with his heritage as a Hebrew.

Yet a purpose deep within him began to kick in and demand to find expression—and it connected him to a people he did not formerly believe he belonged to.

Moses was an intellect, a brilliant thinker, a passionate visionary.

He authored and engineered the infrastructural writings that would govern an entire nation. He was the founding father of a constitution he single-handedly established and delivered to a wayward people.

Or so it would seem.

As arrogant as he could have been given his great accomplishments, he wasn’t. He recognized where his gifts and intelligence and opportunities and influence came from—and was able to give all of the glory to God.

Whatever Moses did he relied solely upon God to do.

Those of us who are gifted and talented, who are first in our industry; leaders on the frontline—one of the things we have to be careful of is to remember the source of our success.

There are so many people who are smarter, brighter, more beautiful, more talented. Never forget had it not been for the Lord on your side, you would not be where you are.

There is no such thing as a self-made millionaire.

This truth is going to be important for you.

“Cursed is the man who trusts in man and makes flesh his strength.”
Jeremiah 17:5

If someone closes a door to you, it only means God allowed that person to be a doorkeeper.

No one has control over your destiny or how much wealth you have or how far you are able to go.

It is God and God alone that is the blesser of any human being.

There are no barriers that will separate you from what God wants to give you.

Blessed are the meek.

I am reminded how powerful prayer is; how important it is for us to talk to God—to pray and live a lifestyle of prayer.

And prayer is not always about us asking God for what we need…prayer is a two-way conversation.

God wants to reveal the mysteries attached to the Kingdom of Heaven.

If God can find that individual who is able to say, “It is less about ‘I’ and more about ‘we’…

If you can ask God that, He will give you the earth and the fullness thereof!