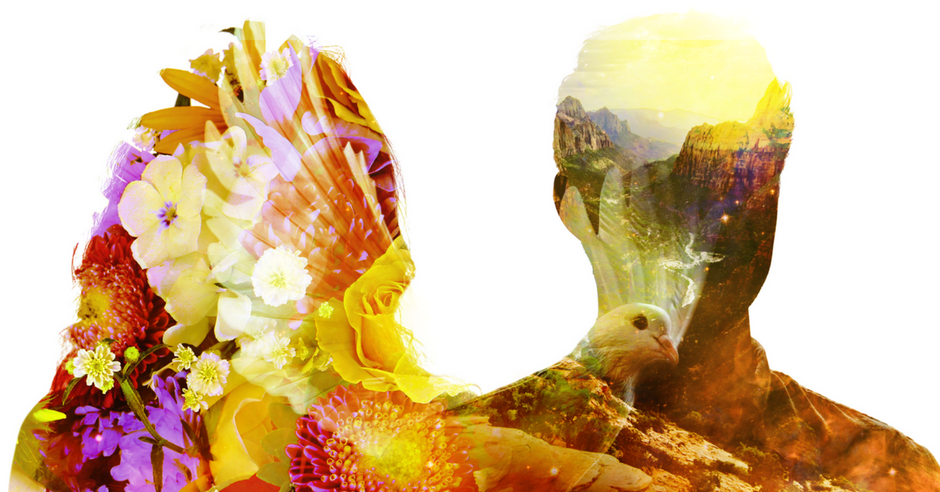 “For the earnest expectation of the creation eagerly waits for the revealing of the sons of God…because the creation itself also will be delivered from the bondage of corruption into the glorious liberty of the children of God.”

If you’ve been following our 4 Points Broadcast, you’ll know how critical it is that we grow up spiritually—both as individuals and as the Body of Christ.

When we get a revelation of who we are as children of God—called to manifest God’s glory in the earth—the world will never be the same.

This is why the enemy specifically targets issues surrounding our identity.

As a Body—and as individual believers—we scarcely have a clue about who we are, why we’re here, and the nature of the high calling on our lives.

Most of us don’t fully grasp what we are capable of.

In fact, if the enemy is guilty of anything, he’s guilty of identity theft.

Believers today are suffering from a debilitating identity crisis.

When we find out who we really are in Christ, we’ll begin to live as God has instructed us to do.

We’ll begin to live as the head and not the tail—as first and not last—above and not beneath!

We are sons and daughters of the Most High God—the King of kings!

When we talk about spiritual maturation, we understand that God wants to manifest His glory through us.

In order for you and I to manifest God’s glory, we must fulfill our purpose.

Everything created displays glory. There is nothing that has been created that doesn’t display the glory of God.

Everything that God has created exists to display His glory.

We must understand that we are created as carriers of divine DNA.

In the first chapter of Genesis, God said, “Let’s make man after our image and likeness and let them have dominion over everything in the earth.” (See Gen. 1:26.)

The substance that you are made of is God Himself.

“Let Us make man in Our image, according to Our likeness;
let them have dominion…over all the earth.”
Genesis 1:26

The word “let” presupposes there are prohibiting forces that will prevent an individual from fulfilling an assignment, mandate, or God-given purpose.

When God said, “Let there be light,” we are given to understand there were forces inhibiting it.

In other words, light could not shine because of prohibiting forces. But then we read where the Scripture says,

“Thou shall decree a thing and it shall be established.”
Job 22:28

Until you are able to decree and declare by faith who you in the realm of the spirit—anti-God, anti-purpose, anti-Christ malevolent forces will prohibit you from manifesting the glory of God.

Remember, the glory of God is organism specific.

When you look at water, how does water glorify God? Or fire? Or a tree? Or an apple?

Whatever it is, it glorifies God by fulfilling its purpose.

In order for you to glorify God, you must fulfill your unique purpose.

Until you know who you are and immerse yourself in fulfilling your purpose—you will not succeed in glorifying God.

Your purpose will be found within the context of the 7-fold mandate given to humanity: to be fruitful, multiply, replenish, subdue, take dominion, live healthy, and be productive.

When you are making a difference—providing solutions rather than being part of the problem—this is when you know you are glorifying God!

This is why the message of spiritual maturation is so vitally important to not only the Church, but also the world.

God wants to manifest His glory through us.

The word “glory” spoken of in the New Testament is the Greek word dóksa, which corresponds to the Hebrew word in the Old Testament kabo, meaning “to be heavy.”

When we are manifested as the sons of God, we will only be manifested because we are displaying His glory.

“Having been made perfect in Christ.”
See Colossians 1:28

God wants to display His glory—His excellence and goodness—through you and me in the midst of darkness, poverty, and struggle…

In other words, there is something that needs to be manifested.

Manifestation has the connotation of truth being disclosed—or something not known becoming known, or being revealed.

God desires to bring His children out from behind the veil—out of obscurity into the realm of prominence, influence, and greatness.

God wants to elevate you…

Yet elevation comes through maturation.

God elevates us through the maturation process.

If you haven’t already, begin to elevate your life by joining me for the 4 Points Broadcast every 1st and 3rd Thursday evening—or listen anytime on demand.

Creation is eagerly awaiting for God’s glory to be revealed through you!